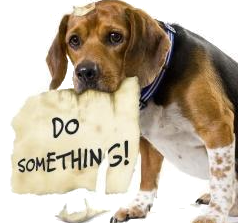 Ehrlichiosis is a tick born disease that dogs can get from the brown dog tick – which passes an ehrlichia organism into the bloodstream when it bites – it  can be caused by several different organisms – in most cases, the dogs has been infected by Ehrlichia Canis –

Some studies indicate that German Shepherd dogs might be specially prone to Ehrlichiosis  – the prognosis is good if it received proper Vetterinary care in time.

The acute stage of ehrlichiosis is common during the warmer season,  since this is when ticks are active and suck blood from dogs.  The symptoms of acute ehrlichiosis normally appear 1 – 3 weeks after the bite and last for 2 – 4 weeks.  The acute stage can however occur several weeks after infection.  An infected dog can suffer from discharge from the nose and eyes, edema of the legs and scrotum, bleeding disorders, vasculitis, lymphadenopathy, petechiae, and fever.

is good for dogs with acute ehrlichiosis – for dogs that have reached the chronic stage of the disease, the prognosis is guarded.  When bone marrow suppression occurs and there are low levels of blood cells, the animal may not respond to treatment.

Limit your dog´s access to tick infested habitats – always check for any ticks and remove immediately  – always use anti-.tick treatments such as Scallibor collar.

Diagnosis is achieved most commonly by Serologic testing of the blood for the presence of antibodies against the ehrlichia organism.  Many veterinarians routinely test for the disease, especially in high risk  areas.  During the acute phase of infection, and after an antibiotic has been taken – a repeat blood  test can be falsely negative because the body will not have had time to make antibodies to the infection.  As such, the test should be repeated after 3 months –